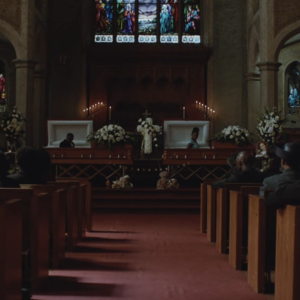 My Journey Into Metal by

The night is wild with the energy of a hundred beating hearts, headbanging to the rhythm of the drummer going crazy. The vocalist growls and the audience growls back. People are moshing and mostly just losing themselves to the music, and I stand there thinking, “This is it. This is where I belong.”

You haven’t experienced euphoria if you haven’t been to a metal gig. I can say that without any doubt. My journey to becoming a metalhead has been a strange one.

I was anti-metal for the longest time. I believed the music was violent, satanic and well all the stereotypes that follow the genre. I remember saying things like, “I like all types of music except screaming stuff.” Ha, little did I know.

A good friend of mine and a long time supporter of the scene sent me a few songs. A live set by animals as leaders and ghost of perdition by Opeth, which till date remains my favourite Opeth song. I was so weirded out by the growling that I googled, “Why do people like metal?” I came across an article that said, “Think of the growling as an instrument.”. And that really changed the way I listened to metal. The music became a phenomenon and it grew on me. The best way to describe metal for me would be this energy, where for those brief moments you stop being you and it’s just the music. Excuse my poetic tendencies.

I also discovered that funnily enough, even though metalheads listen to very loud and aggressive music, they are some of the nicest people you’ll meet.

I became a part of the Indian Metal Scene very recently and it has been a great few months. The first gig I attended was a Zygnema gig at Hard Rock Café, in Pune. A small crowd of 15-20 people, I was really feeling bad for the band. I remember thinking, “This is going to be a sad gig.”.

Man, was I wrong! All my doubt disappeared when they took the stage. Their set started and the entire crowd gathered around them- chanting, headbanging, moshing, singing. The experience was ethereal and I think that gig will always have a special place in my heart.

There’s this sense of belonging to desi metal that foreign bands lack. The Indian scene is much more transparent, where the artists and the fans exist as a community striving to preserve this beautiful genre of music.

I still wouldn’t call myself a complete metal head, there’s a lot of music that I need to discover and a lot of gigs that I need to attend. But I’m on my way, and I look forward to the destination.

But like all journeys, there are obstacles. It’s about time we accepted that the Indian metal scene is dying and today it was Pune.

It’s heartbreaking obviously. And the people who worked to keep it alive tried their best, they really did. But it’s us, the consumers who really control the scene. It isn’t enough talking about the scene and how we wish we could contribute. You can contribute. Make album art, promote the shit out of their next gig, buy their merch. But most importantly, show up.

Trust me, it’s worth it.

Sale live: All orders above 999 get upto 60% off. Use coupon code: WORLDMUSICDAY​ Dismiss